Dungeons of Dekkom is a tabletop game focused around dungeon crawling, fighting monsters, and collecting treasure in a classical fantasy world. The game is GMless, and is inspired by dungeon crawling boardgames as much as the classics of RPG history.

Unlike many other games, in Dungeons of Dekkom, players are expected to switch characters often – as a group, they control a guild, which has a roster larger than the number of actual players. Between adventures, characters need time to rest, and so get switched out - no character “belongs” to one player, and any player can play as any character. Managing the guild is part of the play experience, including recruiting new characters to play as, building an armory of magical items, and upgrading your guild’s facilities. The fast character creation and guild mechanics also make the game ideal for one-shots and West Marches style gameplay.

Dungeons of Dekkom also contains all the information you need to write, share, and publish your own adventures for the system.

Development of Dungeons of Dekkom is ongoing, with no set date for a final release – our plan is to release the game in chunks as it's made. This release includes 24 of the 48 classes, a selection of monsters, and a single adventure path.

Is this project still ongoing?

Yes! We've actually got a pretty significant update coming. After a few playtests, we found the original version lacked a strong identity, but there was a lot of interest in a version with GMless play as an option. We've revamped some stuff, to allow adventures to be run totally GMless - you still CAN GM the system, but it won't be required. We're hoping to have the new version soon, with 6 races (and 24 classes!) shortly, as well as two GMless adventures to go with it, and more to come after.

That's great to see! I really like what is available already, and I'm a fan of your other works, so I've been checking this one for updates for a while, and I just had to ask.

Thanks for the update and all the hard work!

I am intrigued. Will love to see where this is going from here. 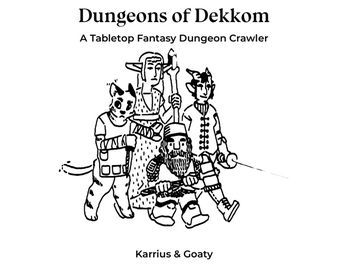 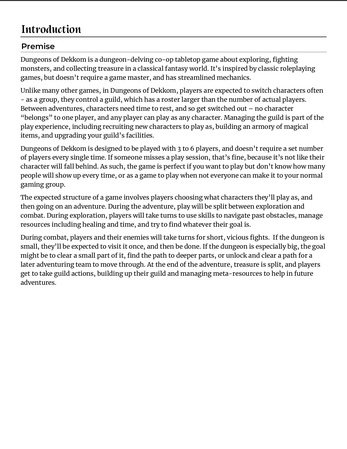 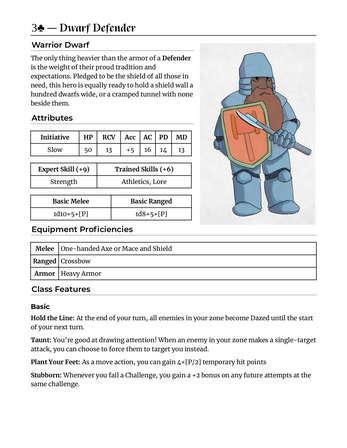 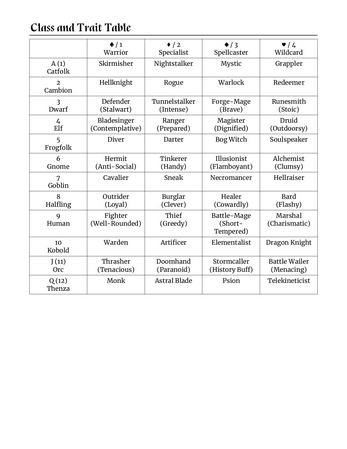